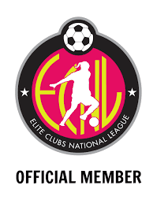 Can my daughter play High School if she is selected for an ECNL team?

Can my daughter continue to participate in Nebraska ODP along with other Regional ODP opportunities?

Yes, all of our ECNL players will be registered though USYS which will make them eligible to play within the Olympic Development Program.

What is the closest ECNL member club to Omaha?

The closest member club to Omaha is Minnesota Thunder Academy.

Yes, all our ECNL players will also be registered through USYS which will allow them to play in local and regional leagues along withe Nebraska State Cup.

Will ECNL teams participate in league play outside of the Midwest Conference?

Yes, most if not all ECNL age groups will play some form of USYS league games throughout the year.

Will ECNL players have to play within their own birth year?

No, we will still give our athletes the opportunity to play up a year.  The decision on anyone one being permitted to play up a birth year on an ECNL roster must be approved by the ECNL Technical Director.

How many days per week will ECNL teams train?

Every ECNL player will train 3X per week.