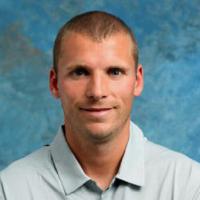 Chris Dunford joins Elite Soccer Academy after serving almost 3 years on the Creighton University Women's Soccer staff as both a Volunteer Assistant and most recently a full time Assistant. During his time with the Bluejays Chris helped oversee the transition from the Missouri Valley Conference to the Big East and also a reversal in overall records from 3-13-3 during 2012 to 10-6-2 in Fall 2014.

Before coming to Nebraska, Chris was a soccer coach and Assistant Regional Manager in New Jersey and New York (2008-12) working with UK Elite Soccer Inc & Advanced Total Soccer Coaching. Prior to this he also served as a coach for Brazilian Soccer Schools back in his homeland of England. His connection to Nebraska began as an undergraduate when he spent the 2004-05 academic year studying abroad at University of Nebraska, Lincoln. He also served as an Assistant Coach for the Nebraska Wesleyan Women's team in 2007.

Dunford earned his bachelors in Coach Education and Sports Development at the #1 ranked sports University in England, the University of Bath, in 2006. Chris was a 3 year starter at Bath and also played semi professional in England and was a part of a professional academy during his youth soccer playing days.

Chris is the Technical Director for the Elite Boys Academy and Head Coach of our EBA 03 and 06 Maroon teams as well as being a coach for State ODP and part of the Regional ODP staff. He is also the Head Girls Soccer Coach of Westside High School.